On November 4 and 5, 2019, the H2020-funded project VERIFY hosted a workshop in Paris, France, surrounding one of the project’s primary goals: synthesizing a variety of scientific bottom-up and top-down modeling approaches for comparison with national inventory reports for three important greenhouse gases.

The workshop, hosted by the project’s coordinating institution Laboratoire des Sciences du Climat et de l’Environnement (Laboratory of Climatic and Environmental Sciences), cut across all work packages: spurred by WP5, dedicated to the project synthesis, building on the scientific results of WP2-4 and the inventory analysis of WP1.  In addition to producing fruitful discussion on how to integrate results from a wide variety of models and datasets covering natural and anthropogenic greenhouse gas emissions in Europe, the workshop also strove to strengthen internal project communication between all the work packages.

Across the two days, approximately 30 VERIFY members attended, primarily in person but with also a few using remote connections.  Participants listened to presentations covering diverse topics, with several big-picture introductory talks aimed to guide the flow of ideas for the more technical discussions to follow.  The technical talks began around estimating uncertainty in methane and nitrous oxide emissions reported by countries in UNFCCC inventories, leading to several other presentations on the calculation of both methane and nitrous oxide emissions using the top-down and bottom-up methods in VERIFY.  Discussions quickly took over, resulting in fruitful deviations from the proposed agenda. The workshop was designed to be flexible and emphasize conversation as opposed to two solid days of lectures, and this structure resulted in increased understanding among the participants despite the diverse backgrounds.  The sessions moved to other topics important to the project: top-down and bottom-up estimates of carbon dioxide fluxes from natural ecosystems, data management and access (including the ICOS Carbon Portal), fluxes from inland water bodies and forests, a new high-resolution land cover product known as HILDA+, and introduction of a related project known as RECCAP2.  Several examples of key plots providing apples-to-apples comparisons of top-down, bottom-up, and international inventories for methane, carbon dioxide, and nitrous oxide were introduced to animated discussions, sparking suggestions to improve both the comparisons and plot legibility. One example of this type of plot is shown in Figure 1. 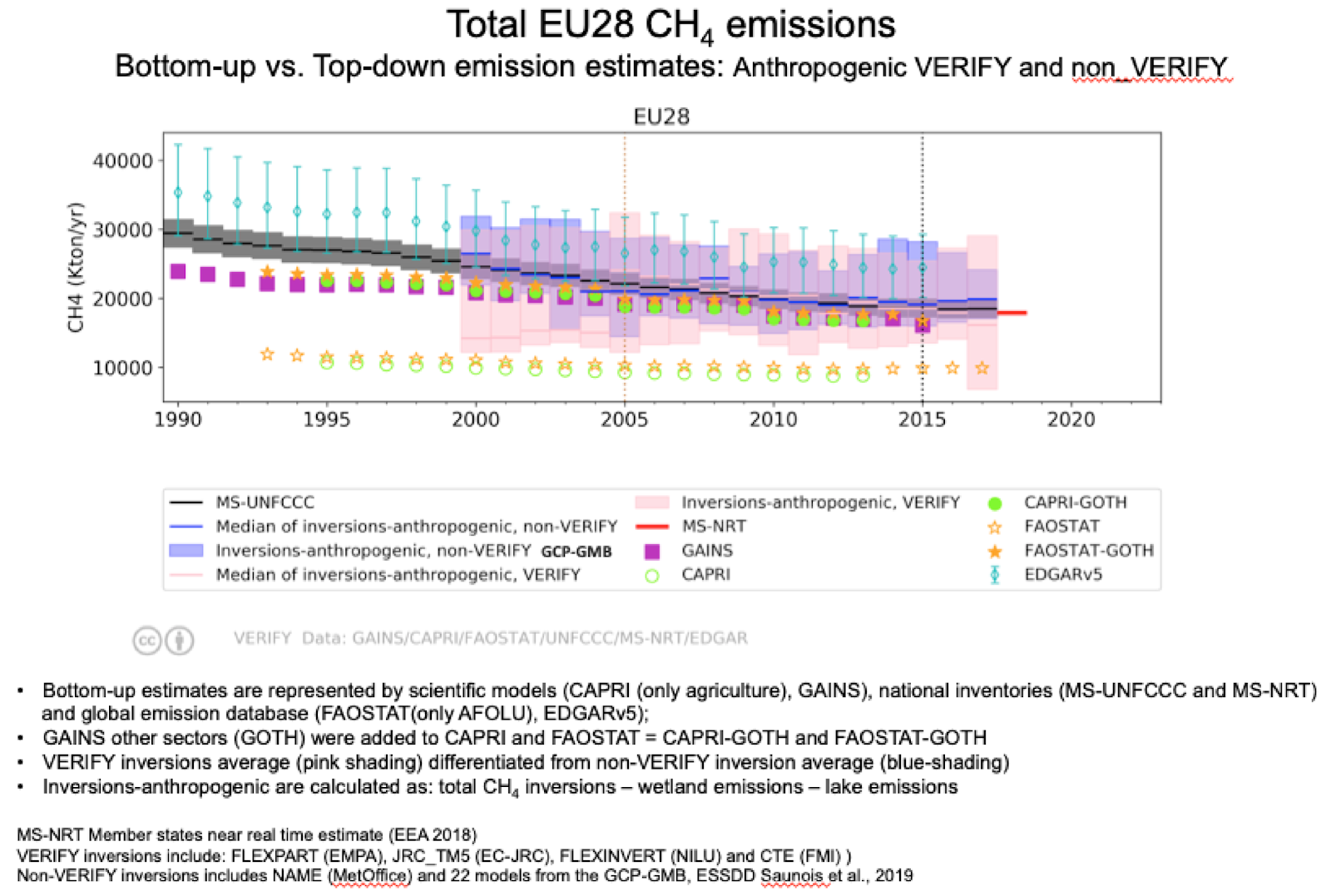 Figure 1: Example for the EU-28 of the synthetic plot that will be produced also for each country to compare UNFCCC flux estimates with the data driven (bottom up and top down) flux estimates

The workshop lasted two days, but several topics arose which led to follow-up via emails and  teleconferences. The two most striking of these were the consideration of fossil fuel CO2 emissions in the project and future research directions on a possible Eastern European carbon sink.  Both of these topics were known to be important before the workshop, and were introduced with the expectation that the available time would not be sufficient. Overall, the reactions to the workshop were positive, with participants noting the free-flowing discussion and leaving the site with improved understanding of the work of the other WPs and the overall direction of the project.  Designing a pre-operational independent verification system for national greenhouse gas inventories involving forty partner institutions across the European continent is a task similar to the construction of Rome, in that it cannot be done in a single day (or even two). However, this workshop helped build on the foundation laid during the first 18 months of the project, getting us one step closer.

This project has received funding from the European Union's Horizon 2020 research and innovation programme under Grant Agreement number 776810. It is coordinated by CEA/LSCE.

Verify 2018-...
www.template-joomspirit.com
Back to top

We use cookies to enhance your user experience. By clicking any link on this page you are giving your consent for us to set cookies.